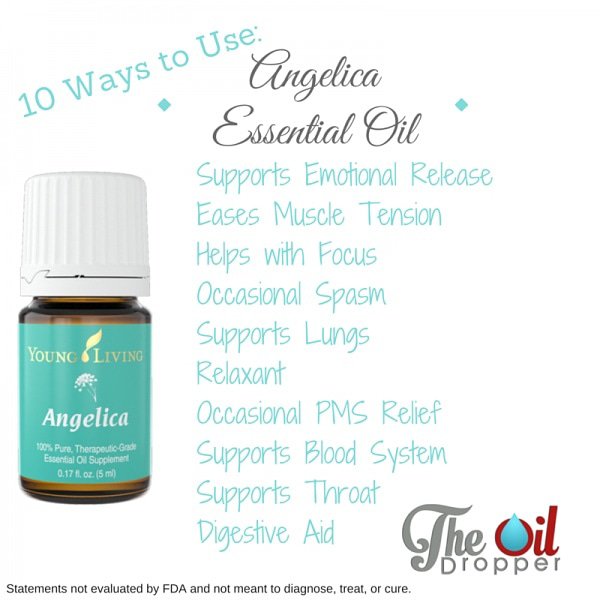 Folklore: One possible source for this oil’s unique name comes from an old legend which states that during a terrible plague an angel revealed this plant to a monk. History also records the use of the plant during the plague of 1660. The stems were chewed to prevent infection, and the seeds and roots were burned to purify the air. The German people refer to the essence as the “oil of angels”

Aromatic Influence: It may help one release and let go of negative feelings by bringing one’s memory back to a point of origin before trauma and anger was experienced.

Oral Use as Dietary Suppliment: Generally regarded as safe (GRAS) for human comsumption by the FDA. Dillute one drop oil in 1 tsp. honey or in 4 oz. of beverage (ie: soy/rice milk). Not for children under 6 years old; use with caution and in greater dillution for children 6 years old and over.

Safety Data: Avoid if diabetic. Use with caution during pregnancy. Avoid direct sunlight for 12 hours after use.